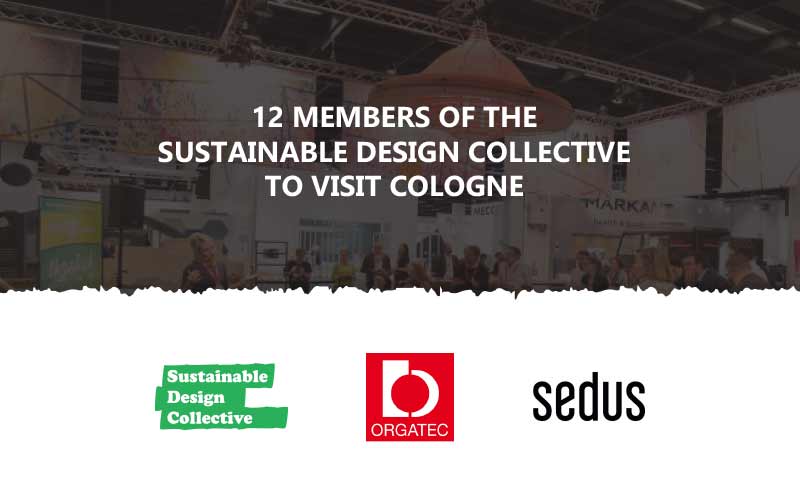 A successful first year for the Sustainable Design Collective

Following a number of highly successful series of seminars hosted by WOD (Women in Office Design) in 2021, it became apparent that our industry needed to work together to develop solutions which drive greater environmental responsibility. Seminars are ‘one off’ events whereas we felt there was an opportunity for more positive outcomes.

As a result, the SDC (Sustainable Design Collective) was established in January of 2022 in the UK by core team Harsha Kotak (WOD and K2 Space), Joanna Knight (WOD), Ella Fathi (Oktra) and Georgia Elliott-Smith (Element 4), as a forum to provide practical knowledge and champion new initiatives.

We are proud to say that the SDC now comprises of over 20 members from leading industry firms that meet on a bi-monthly basis to promote and applaud achievements and, more importantly, to create a forum for knowledge sharing and exchange.

SDC UK members have also presented at three separate seminars in September focussing on different topics previously discussed during the meetings. These included decarbonisation within the workplace; eco-design and circularity; and reuse.

Speaking about the SDC’s journey so far, WOD founder and co-founding member of the SDC Harsha Kotak said, “It was inspiring that so many of the leading UK workplace design practices wanted to join SDC. Each member has a shared vision to champion greater sustainability with particular focus on environmental responsibility. Being independent, SDC is not shackled by commercial constraints and provides a platform for individuals to speak out, share knowledge, ideas, goals and aspirations.”

“All participants endorse and accept the spirit of non-competition. SDC is founded on the principles of collaboration and working towards the greater good – ultimately to reduce our climate impact.”

Following the successful of the UK collective, SDC India was launched in May following with another 20 members gathering on a bi-monthly basis.

The collective in India has held three meetings so far. Harsha added, “It’s really interesting to read their reports as there are so many similar issues, which encourages us to look at establishing similar Collectives in other countries.”

We’re excited to announce that 12 of SDC’s UK members will be making the trip over to Cologne in October to speak at this year’s Orgatec event; the leading international trade fair for the modern working world explores how work environments and work culture interact and presents new visions of work.

On Tuesday 25th October, collective members will take to the “Inspired Hybrid Office Stage” for a panel discussion that will revolve around the Net Zero pledge by architects and designers and will also focus on the role of manufacturers in translating these pledges to product design, which can be both commercially and practically challenging.

Office environments are major contributors to the climate crisis. How is the design sector addressing the serious issues of sustainability, circularity and waste reduction? A year since COP26, are we really embracing decarbonisation in the workplace sector?

Speaking about the up-coming trip Harsha Kotak said, “We launched the Sustainable Design Collective at the beginning of 2022 as we saw the opportunity to create a ‘think tank’ group to promote and applaud achievements and, more importantly, to create a forum for knowledge sharing.”

“The formation of SDC in India, together with potential additional international groups in the future, demonstrates our reach and ongoing impact. The opportunity to speak at Orgatec provides a tremendous opportunity to ‘spread the word’ and meet other like-minded designers.”

Fellow co-founder of the SDC and WOD Sustainability Manager Joanna Knight added, “The office workplace sector is a substantial contributor to the climate crisis. Fitout is responsible for 40% of energy in a building and 300 tonnes of potentially reusable products and materials go to landfill or incineration every day.”

“The events of this year have surely quashed any doubts about climate change and the impact human activity is having on the planet. We hope that SDC’s various initiatives help highlight some of the key issues, provide greater clarity and offer knowledge to support designers in their quest for greater sustainability.”

“We were delighted that there was a ‘full house’ for each of our seminars at Clerkenwell Open last month.  We hope that our presentations at Orgatec will be equally well received. The workplace design community has the challenge of embracing environmental responsibility whilst remaining focussed on a human-centric approach. Ultimately, sustainability is the balance between people and planet and we look forward to discussing some of these issues at Orgatec.”

This is the first time 12 architects and designers from the industry in the UK are presenting together on a stage at Orgatec.

One of the members that will be in attendance is Lucy Bagshaw, Associate Director and Sustainable Designer at leading architectural, design and planning practice, tp bennett. Speaking about the trip Lucy said, “I’m really looking forward to going to Orgatec! I’ve never been before. I’m also really looking forward to spending more time with members of the SDC. By the nature of the collective we are likeminded people and I think that our synergy was excellent during the Clerkenwell Open talks, making for more open, frank and honest discussion. I expect this to be the same but even more so!”

The day prior to appearing at Orgatec, all 12 SDC members making the journey have also been invited to tour the factory of Sedus – a supporter of the collective’s mission since day one, having hosted the SDC UK’s first meeting back at the start of the year.

Speaking about the factory visit Harsha Kotak added, “Sedus haș provided tremendous support to WOD and the Sustainable Design Collective. The Company’s commitments to social value and engagement as well as environmental responsibility are to be applauded.”

Joanna Knight continued, “The opportunity to visit Sedus’ main headquarters and experience the facilities, the Company’s museum and practical examples of its commitments to ecology, its employees and the local community will be informative and inspiring.

Unlike most companies, Sedus has no obligations to external investors. The majority shareholders are two foundations, the Stoll VITA Foundation and the Karl Bröcker Foundation, which pursue exclusively charitable purposes.”

Be sure to keep an eye on WOD and SDC social media channels from Monday 24th October for updates.

What’s next for the Sustainable Design Collective?

Following a productive inaugural year, the SDC UK’s trip to Cologne will be the last time meet until next year.

Dates for bi-weekly meetings in 2023 have already been established for both the UK and India collectives, beginning on January 26th. We are in the process of establishing “working groups” within SDC to create some practical tools for workplace designers.

In addition, we also intend to host a knowledge sharing event in early 2023 for manufacturers and designers, with more news to follow in the coming months.

The success and expansion experienced by both SDC in both the UK and India would not be possible without the help of our partners; Sedus, Shaw Contract, Steelcase, Orluna, Workplace Insight, BIID, Mix Interiors, Design Insider and Solus Ceramics.

Commenting on the SDC’s future Harsha Kotak added, “We certainly intend to grow our international presence and introduce additional opportunities for collaboration and knowledge sharing. We are extremely grateful for the support of our sponsors, including manufacturers and trade media, enabling us to identify further initiatives.”